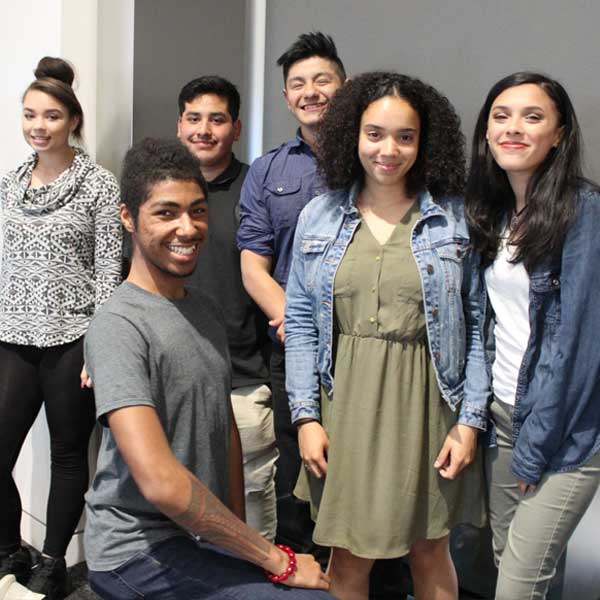 In 1993, Harold & Arlene Schnitzer were driving to a Friday night event and passed a Boys & Girls Club as well as nearby high school. Both buildings were completely dark and Arlene commented to Harold what a shame it was that these facilities that were built for youth were completely dark on a Friday night when young people should be having fun in a safe, warm environment with their friends.  They felt strongly enough about seeing this as a possible need in the community and subsequently arranged a meeting with Dick Hanlin, who at the time was the President of the Boys & Girls Clubs of Portland. Harold and Arlene knew the Boys & Girls Club had for decades provided a safe, wonderful place for young people to go and be active playing sports, learning crafts, socializing and making friends. They learned from Dick that the Boys & Girls Clubs were closed on nights and weekends because they lacked the necessary funding to allow them to keep their facilities open. Dick said the organization knew and agreed with the Schnitzers that there was need in the community for there to be a constructive place for youth to go on Friday and Saturday nights and stay off the streets.

By 1994, through working with the staff at the Boys & Girls Clubs of Portland, The Harold & Arlene Schnitzer CARE Foundation developed a program called NightScape. For the first three years of NightScape’s continuing 24-year history, the CARE Foundation operated this program. It was such a huge success that the Boys & Girls Clubs committed to taking over the operation of NightScape and expanded it to as many clubs as they could find funding. Today, the NightScape program is in all 5 of the area’s clubs and continues to provide teenagers with consistent, fun and supervised activities on Friday and Saturday nights. The goals of NightScape are to provide recreation and socialization opportunities, community services opportunities, “value sessions” (inspiration and education from community leaders and role models), and computer technology & vocational skills in a safe environment. All of these activities are planned specifically targeting teens, designed to challenge the individual, and provide an opportunity for personal growth and achievement by providing an opportunity to socialize with peers and permit development of positive self-worth. The program was developed considering those with the greatest need, with participating youth reflecting cultural and economic diversity of Portland.

The program is open Friday and Saturday nights from 8:30PM to midnight, to all youth ages 13-18. The program offers organized sports activities for boys and girls, a computer lab and instructor to facilitate interest and growth in computer skills, recreational art and craft classes, and showcases periodic guest speakers.

Staffing of the program at three of the clubs is continued to be funded through a The Harold & Arlene Schnitzer CARE Foundation grant and through the services of volunteers. Sports equipment, art supplies and materials, computer hardware, software and furniture are largely obtained by donations or grants from third parties. The CARE Foundation has committed over $1.2 million to support this program since 1994. 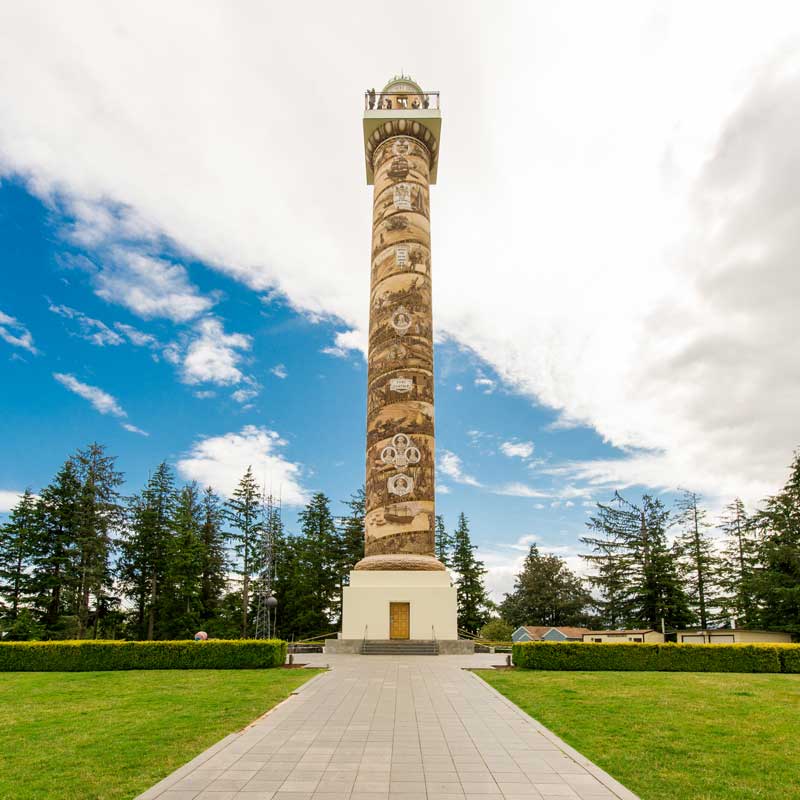 Jordan Schnitzer’s family roots on the north coast go back to before the turn of the 20th century to his grandfather Sam Schnitzer. After emigrating from Russia with twelve cents in his pocket, Sam moved to Astoria, Oregon, living in a house a few feet from where the Rio Café is today. To quote from the book Astorians, Eccentric and Extraordinary “He was a Russian immigrant who literally went from rags to riches. In 1905 Sam started knocking on doors throughout the Astoria and Warrenton area asking for rags, metal and even old fishing boots. Sam’s one-man scrap enterprise grew into a steel recycling, shipping and real estate conglomerate.” This conglomerate is now the well-known Schnitzer Steel business located in Portland, Oregon.

Since the 1930’s, Arlene Schnitzer’s family lived in Seaside, Oregon, during the summer. Her father, Simon Director, had a five and dime and furniture store in Astoria called The Metropolitan, where JCPenney’s is now. Arlene worked there every summer as a teen. Her father started her working in the candy department, but as soon as he figured out she was eating the profits he moved her to selling safety pins and buttons.

The Schnitzers have had a house in Gearhart, Oregon, for many years and the north coast has a very special place in their hearts.

Jordan Schnitzer has been connected to Astoria since before he was born. His mother, while pregnant with him, climbed all 164 steps to the top of the Column. At the request of then mayor, Edith Henningsgaard-Miller, he co-founded the Friends of Astoria Column in 1988 and has served as president for the past 30 years. He led the restoration of the column in 1995 and continues to promote and enhance this significant landmark, and another major restoration in 2015. Both Arlene and Jordan have supported the restoration of the Liberty Theater and the Garden of Surging Waves.

In addition to their personal support of the community, The Harold & Arlene Schnitzer CARE Foundation also administers their youth philanthropy program, CommuniCare, in both Astoria High School and Warrenton High School. In the past 3 years, participating students have granted $53,528 to local community non-profits and $21,150 into their own school programs. 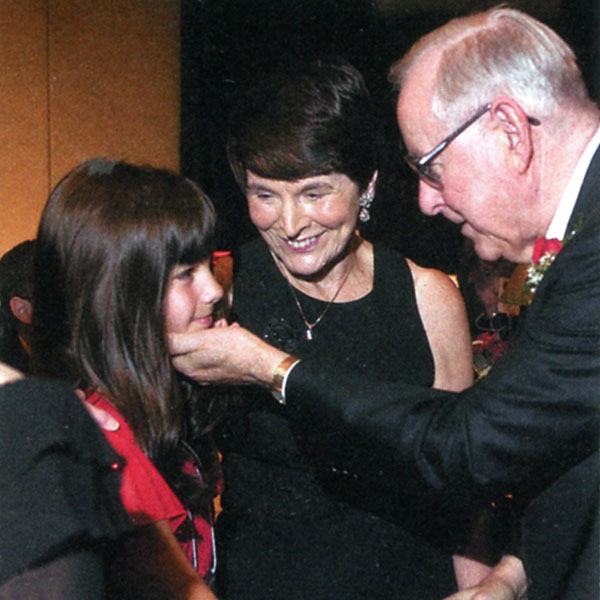 Harold Schnitzer was diagnosed with adult diabetes at the age of 42. For the next 46 years, he lived with this disease. Over that time while Harold always knew the importance of diabetic research, he was most concerned about the quality of patient care.

Throughout his life Harold Schnitzer always talked about how lucky he was his parents immigrated to the United States and Portland, Oregon, in 1905. A brilliant successful businessman, Harold spent his professional life building a west coast based real estate investment management and development company. His business success allowed him and his wife Arlene in 2007 to fund and create the Harold Schnitzer Diabetes Health Center at Oregon Health & Science University. His vision and dream was that this center would provide an inner disciplinary approach at combating diabetes through unequaled professional medical advice, education and support.

Together the center’s team of dedicated experts, dieticians, nurses, behavioral health specialist and nurse practitioners, give patients of all ages living with diabetes the very best tools to manage their disease and to lead normal, active lives.

“I’ve lived a fulfilling and productive life with diabetes for more than 40 years now. I know how excellent medical attention and knowledge can alter the course of this disease for the better. But outstanding diabetes care, which depends on prevention, is more rare and costly that it should be. I’m convinced that we must do more in treatment, prevention and research to mitigate the staggering human and economic costs of diabetes.”Harold Schnitzer

Today, Arlene Schnitzer and Jordan Schnitzer, are continuing Harold’s vision to financially support and make the Harold Schnitzer Health Center a nationally recognized center for diabetic care. We are excited about the progress being made in research but until this disease is cured the health center will continue to serve the public.